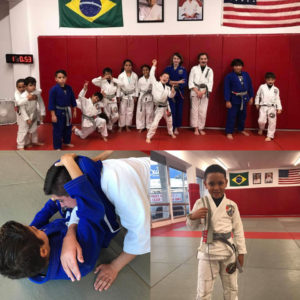 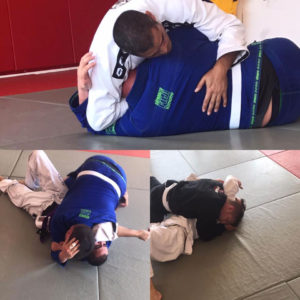 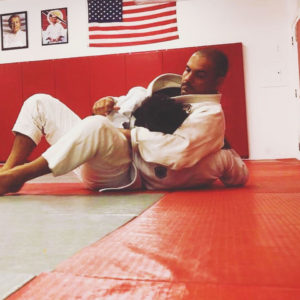 We offer adult classes and kid's classes for all skill levels. You’ll train in a safe and friendly environment. When you join Team Montanha, you become part of our family. We encourage fun, but hard work where our students look forward to getting better with each roll. It's not easy but you can do it if you work hard, attend classes regularly and develop the skill and stamina necessary to be successful at Jiu-Jitsu. You’ll meet new people and develop strong friendships with the people you train with. We offer personalized service and instruction for students of all levels of experience. Our students receive the best in Brazilian Jiu-Jitsu instruction available. Our instructors have tournament experience, and experience in combat sports. They are patient, friendly and care about your progress. Our program offers fitness, health, discipline and friendships.

The success of the "Gracie Challenge" and the creation of MMA through organizations such as the UFC showed to the world the effectiveness of Brazilian Jiu-Jitsu. The Brazilian Jiu-Jitsu system has been proven countless times in the ring and on the street. The world wide success of BJJ inspired the synthesis of grappling and striking arts. It is a fundamental part of a combat athlete's skill set because... it works. Trust the technique.

Being required in basic training in every branch of the U.S. Military, and used and recommended by all law enforcement and government agencies, serves as a testimony to its effectiveness. The Gracie Family showcased its supremacy over all other martial arts in a competition of styles, which is now known as the UFC. Unmatched by any other style, fighters were forced to incorporate BJJ into their styles, which is now known as MMA, since only BJJ can defend against BJJ. This supreme unmatched art is a science of submission/ ground fighting. Through techniques of balance, leverage, and momentum, it enables one to control and subdue an attacker using chokeholds and locks. Designed for the smaller person to be able to defend themselves against a larger/stronger aggressor, with the option of not having to hurt the other person. With the adult's program, we instill in our student's compassion, truthfulness, loyalty, honor, courage, respect, and discipline. It is the backbone of our academy.

Adult Classes begin with a ten-minute warm-up, followed by technique study. We end classes by having sparring rounds. A typical class with usually last about an hour to an hour and a half.

A student that has taken Fundamentals will be ready to spar and learn more advanced techniques and drills. Sparring will sharpen a student's skills and strength.

We are now offering Kickboxing/Striking classes. These classes focus on punches, kicks and defending against punches and kicks. As well as incorporating striking with grappling techniques. A really great class!

KIDS CLASSES ARE ONLY FOR CHILDREN 7 & UP.

One of the greatest gifts you can give your child is the gift of confidence. Few things in life can provide this like Jiu Jitsu can. As your child learns our combat sport, your child will gain the confidence necessary to not be the victim of a bully. Our Kids Program will change and enhance your child with a host of positive mental and physical skills that will help him/her in school, at home and in life. As your child will learn to succeed, you’ll see a new kind of discipline emerging. The kind that will positively affect all areas of his or her life. You’ll notice your child developing an increased respect for him/herself and others. This transformation will help your child learn to face and handle difficult encounters at any given moment. our exclusive program will build your child's self esteem in a uniquely positive way.